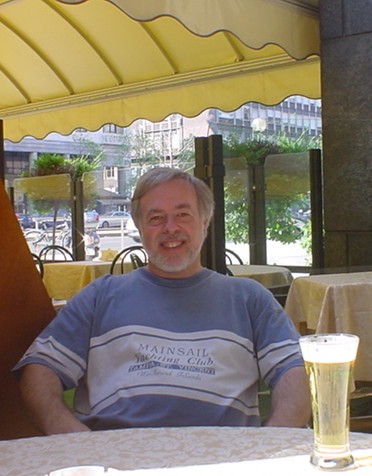 2011-11-25 Friday: "In this world nothing can be said to be certain, except death and taxes." Benjamin Franklin in 1789 in a letter to Jean-Baptiste Leroy. I'm afraid I can't do anything about the former, but I can help with latter! Well, the accounting of tax anyway.

Sales Tax is often a problem. Not because we have to pay it, albeit with begrudging acceptance! But because there's often more than one of them. It is not uncommon for a sale to attract state sales tax, county sales tax, and even a city sales tax. Three taxes on the one transaction. To make matters worse, occasionally a tax might not be on the total amount of goods or services, but might be calculated on the total including the state (and/or county) tax. Adminsoft Accounts was designed for just one tax. Although it was modified some time ago to accommodate an extra tax, to be honest, it didn't work well. It simply wasn't flexible enough. The difficulty is not all goods or services attract the same state, county, or city tax rate.

So, Adminsoft Accounts is currently undergoing a substantial modification to allow it to operate with up to FOUR different sales taxes! It also allows up to 100 different rates for each tax, and each rate is to four decimal places. This should be flexible enough to handle any combination of sales tax/VAT and rates any where in the world. This new version of the software will be out mid. December.

Yogesh Patel is working on a solution.   Along with colleagues, he has formed The Institute for Accounting with Free Software. The role of this new institute is to offer inexpensive accreditation to small accounting software publishers, promote the use of free accounting software, and to offer courses in book keeping and accounting.  They are not fully operational, but further details of what they intend to do and offer can be found on their web site.  Adminsoft Accounts is nearing completion of its evaluation and will likely be the first application to receive accreditation. But if any of Adminsoft's competitors are reading this, please do visit their web site, and contact them to get involved.  They do not exist just to promote Adminsoft Accounts!  They are very interested in offering accreditation for free accounting software published by anyone, and associated qualifications, which is unique to the Institute for Accounting with Free Software.  Please bear in mind, it's very early days and so the information on their web site is subject to change.

Remember, you heard about them here first!

2011-08-20 Saturday: Why is Adminsoft Accounts a stand alone application and not in the Cloud? Isn't Cloud computing the next big thing? Well, if you believe the hype, but the internet was never designed for handling distributed applications.

Cloud applications tend to be a bit clumsy, slow, awkward, and usually lack functionality. But there are bigger concerns. Ask yourself the following questions: If I operate my accounts system in the Cloud, where's my data? How safe is it? How secure is it? Who else has access to it? The computer systems of large companies get hacked, just ask Sony, or Apple/AT&T, or TK Maxx. What happens if they increase the price of their Cloud service, perhaps substantially? I may have no option but to pay, or lose access to my accounts data. What if I accidentally miss a payment, is my service suspended? What if my Cloud operator goes bust? Is my data gone?

The Cloud will be the next BIG thing, but I suspect not for the reasons most people imagine. It'll be the next BIG news item when some large Cloud operator gets hacked, or goes bust. Don't be a victim! Be in control. Don't trust the Cloud for your business critical software requirements.

2011-06-20 Monday: A new version of Adminsoft Accounts is out now! Included in the list of new features is a facility to edit/design document layouts (invoices, statements, etc.) using HTML. If you email documents (and who doesn't these days), you'll find this facility really useful! Far better than sending PDF or plain text files as attachments. Some very basic layouts are included. But of course, if you want to edit these or create entirely new ones, I'm afraid you will need a working knowledge of HTML.

For further information on the new version of the software (v4.009), check out Version Log This details most of major changes to the software for each update.

The book Free Accounting with Free Software by Yogesh Patel is proving quite popular. It's a great step by step visual guide to accounting using Adminsoft Accounts. So many thanks to Yogesh for his hard work. Many users of Adminsoft Accounts are now benefiting from the help this book offers.

If you're a software developer, or involved in selling accounting/book keeping services or software, you may be interested to hear that a version of Adminsoft Accounts is on the way that will allow you to distribute co-brand copies. It will also come with details on integrating 3rd party software. Exactly how far the co-branding will go, and the way this scheme will operate, are yet to be finalized. So if you have any ideas you'd like to put me on any aspect of this project, now would be a good time to get in touch.

2011-04-18 Monday: The book on accounting using Adminsoft Accounts is out now!!! Written by Yogesh Patel, who is a Fellow of the International Association of Bookkeepers. This book covers all the common accounting tasks, for further information see the Free Accounting with Free Software web page.

This book has been a joint effort between myself and Yogesh, and will I'm sure be very useful to anyone learning accounts and/or learning to use Adminsoft Accounts software. It is task based, with lots of visuals, so you can see how things are done. It is also a great educational tool that can assist you in gaining a Level 3 Diploma with the IAB.

2011-03-19 Saturday: V4 IS HERE NOW!!!!! Finally! A LOT of time has gone into getting this one ready. Update your software now, for free. Operationally, v4 is much like v3, all buttons, options, and inputs are in the same place, but it looks so much better. Although the new version can be made to look like the old version if you really prefer it!

The software was originally developed using Microsoft Visual FoxPro v6. This is a very stable and powerful database for single user systems and small networks. I changed late last year to FoxPro v7 as it could do one or two things FoxPro v6 couldn't. I resisted moving to FoxPro v9 because it wouldn't run in Windows 95 or NT 4.0. But people kept saying things to me like 'Great accounting software, shame it looks so dated.....'. So at the start of this year I cast my caution to the wind and started development using FoxPro v9. As it won't run on Windows 95 or NT 4.0 and looks so different to the previous versions of Adminsoft Accounts, I decided to call this new version v4.000. No doubt v4.001 will appear very soon! Lets be honest, there's bound to be a few bugs need fixing!

I don't know how many people using Adminsoft Accounts are still using Windows 95 or NT 4.0. I also don't know whether people running Adminsoft Accounts in Linux or on a Mac (using Windows emulation software) will be able to use Adminsoft Accounts v4. So v3 will continue to be available in the Previous Versions page. Also, I will continue to fix any bugs that come to light in v3. At the time of writing, the latest v3 is v3.231. When I update v3, the new version will only be available in the Previous Versions page. So if you continue to use v3, you might want to check back there from time to time.

2011-03-14 Monday: There is a major software update in the pipeline, to be released very soon. Using Windows 'Themes' it brings the look of the software right up to date. Apart from the way it looks, it will also offer a host of other features. You can, of course, update for free!